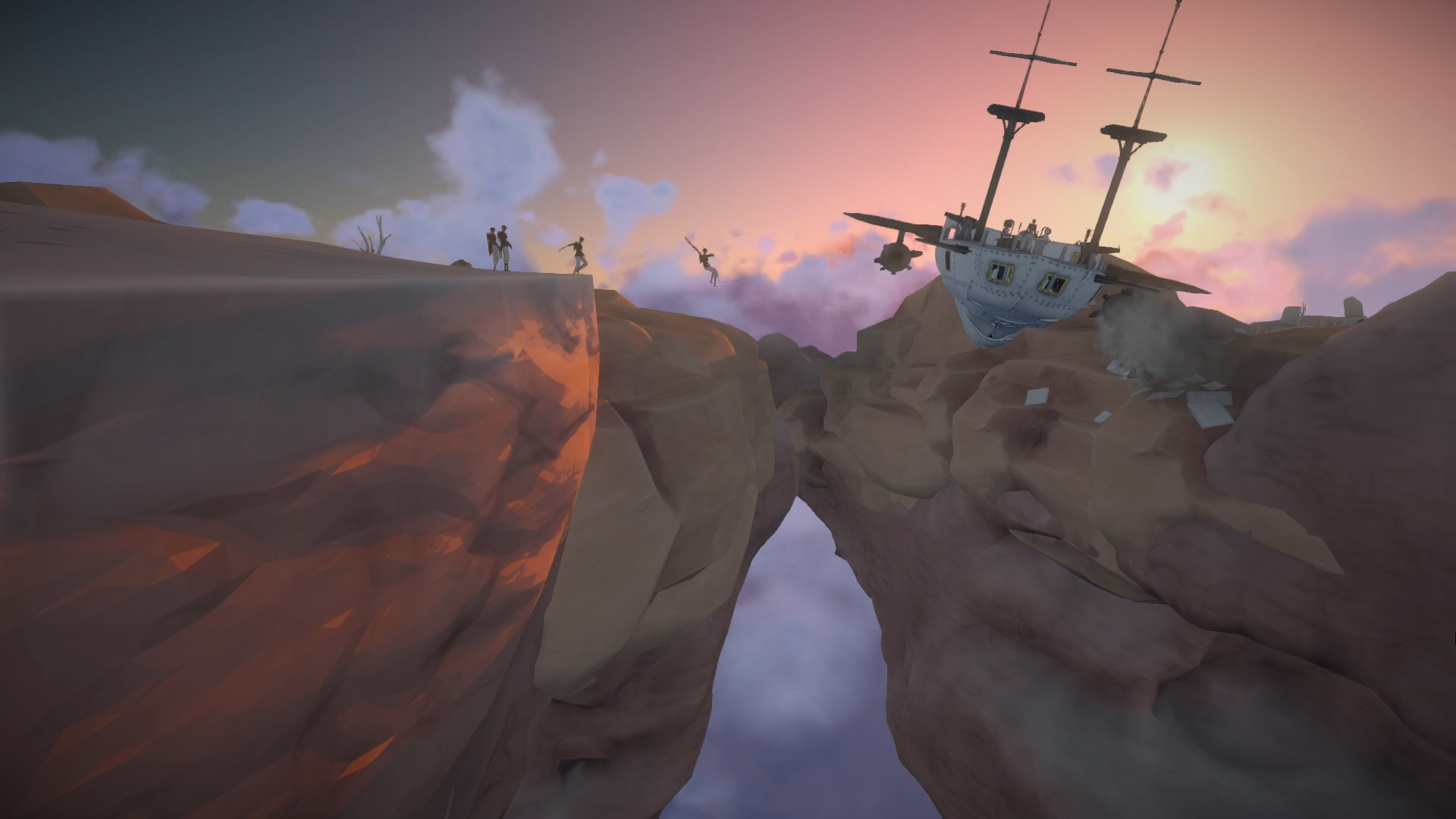 A new style of MMO is introduced in Bossa Studios’ newest title, Worlds Adrift. This unscripted, sandbox game with real-time physics has an ever-changing world that is permanently affected by players’ actions. The game is set to release in 2016, but you can register on the game’s website for a chance to gain exclusive access. The developers and Gamepedia are proud to introduce the Official Words Adrift Wiki, a growing resource for learning more about the game.

In the game, the world around you has been forever altered by a cataclysmic event from a millennium ago. Land was torn into floating islands across the sky, causing societies to crumble into ruin. Now, in the wake of the destruction, you take the role of an adventurous nomad, scavenging for resources in your ragtag skyship. As you rediscover forgotten knowledge and technology, you’ll be able to improve your skyship and venture far beyond what was first possible. Will you work with other players to thrive in this fragmented universe or keep your discoveries to yourself?

Worlds Adrift is one of the first games created with Improbable’s unique technology, giving the developers the ability to simulate real-world physics like never before.

To see the game in action, view the below Alpha trailer.

Win the Hard West With These 5 Tips