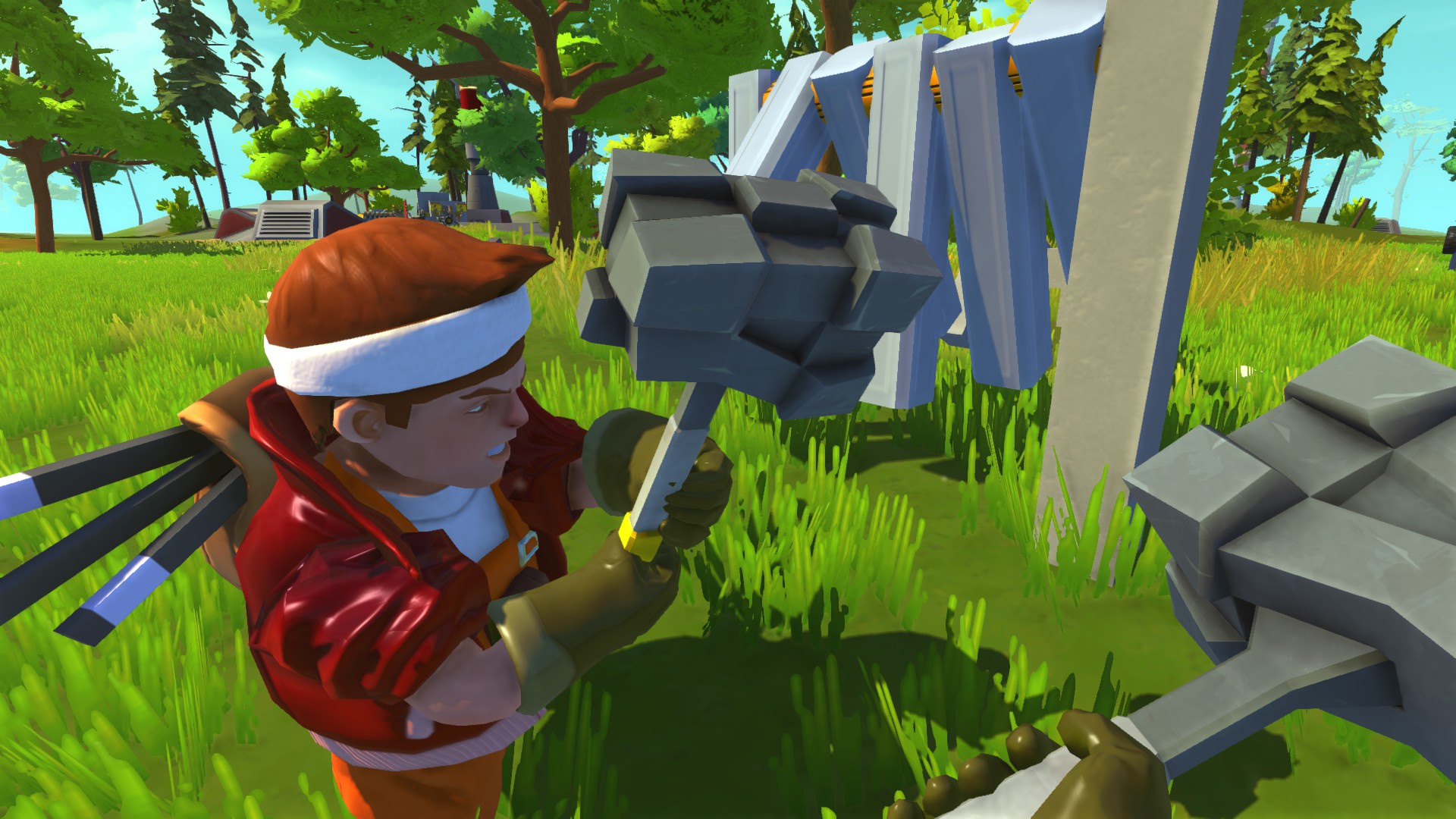 Looking for a multiplayer survival game that tests your creativity? In Scrap Mechanic, players from around the world can come together to produce wild inventions from a library of over 100 unique building parts — or challenge one another for complete domination of a fully automated farming planet. Development studio Axolot Games AB and Gamepedia are pleased to announce the Official Scrap Mechanic Wiki, your one-stop resource for tips on all aspects of the title.

Playing as a robot space mechanic, you're thrust into unfamiliar surroundings after your spaceship crashes. Something has gone very wrong on the peaceful agricultural planet you've been posted to, as the many robots already working there have completely lost their minds.

Armed with an array of high-tech tools and their own creative vision, players are limited only by their own ingenuity. Perhaps you'll come up with a floating fortress that can keep you safe as your patrol the planet, or maybe you'll be better served by a high-speed vehicle that's too quick for any Farmbots that attempt to make chase.

With a wealth of different parts like boosters, sensors and buttons, the creative component of Scrap Mechanic has a depth that goes far beyond building blocks. Fortunately, those bits and pieces will all be explained in depth on the Official Wiki  — as well as being detailed as part of the in-game handbook designed to assist new players.

Here's a brief primer on how to play Scrap Mechanic:

Scrap Mechanic is available now for the PC, and can be purchased via Steam. You can find out more about the game by following its accounts on Twitter and Facebook, or by poring over the wealth of information available on its Official Wiki. If you're a fan of the title, why not head there right now and see if you can add any useful information for new players?