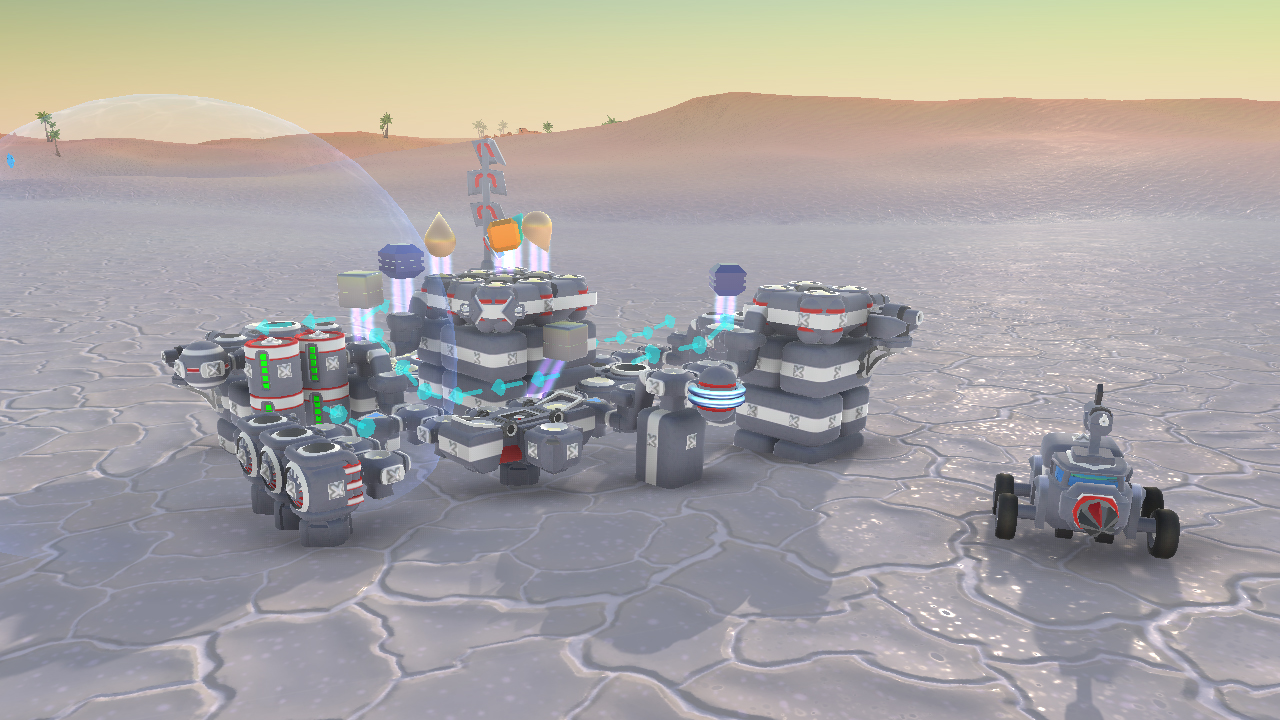 Following a prosperous period in Early Access, space-set vehicular sandbox TerraTech releases on Steam today. Faced with a distant future where Earth's natural resources have run out, players are tasked with exploring an alien exo-planet and farming for materials that can be sent back home to keep our planet alive.

TerraTech is a game that rewards players for using their own creativity, as a well-designed vehicle might be able to accomplish things that a basic build cannot. Researching technologies, buying blueprints and collecting resources are all essential components of the game's end goal; building up a fleet of vehicles that's capable of harvesting the planet and repelling any enemy attacks.

Anyone looking for a helping hand towards mastering TerraTech will find plenty of useful information on the Official TerraTech Wiki. Whether you're getting to grips with its deep crafting system, or simply looking for the best locations to farm particular resources, the Wiki is filled with detailed intel gathered by some of the game's most dedicated players.

In fact, last month Streak2 and MNSweet were named as Gamepedia editors of the month for January 2016, thanks to their excellent contributions to the Official TerraTech Wiki. The pair — and a host of other contributors — have put together a great resource for new and veteran TerraTech players alike, so it's well worth checking out if you're a fan of the game. You might even find that you have something new to add.

Here's a beginner's guide to TerraTech put together by its developer, Payload Studios: