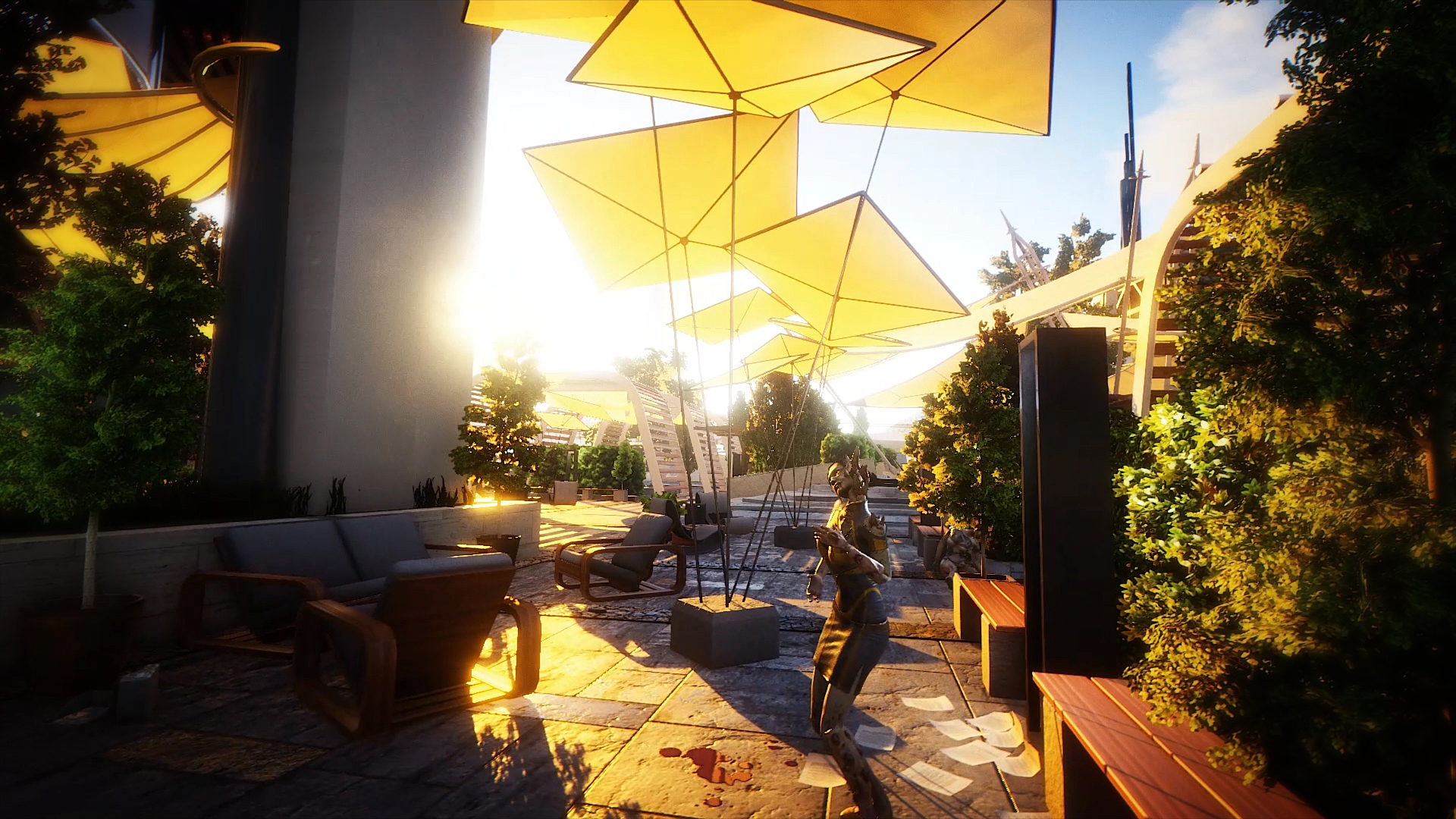 Explore humanity’s fascination with achieving perfection in Pamela, an upcoming survival horror FPS from NVYVE Studios. In contrast with many survival games currently available, Pamela allows you explore a sci-fi environment that was once a thriving utopian city. Gamepedia and NVYVE Studios are proud to present the Official Pamela Wiki, your premiere source for learning more about the game and contributing your own information.

In Pamela, you’ll take the role of a Sleeper that has just awoken from cryosleep in Eden, a fallen utopia. Alongside an AI overseer, the omnipresent Pamela, you’ll work to explore and survive the dangers that lurk in the city’s darkness.

The massive environment in Pamela is visually similar to Mass Effect and Mirror’s Edge. The futuristic city is now plagued with afflicted citizens suffering from pain and disfigurement. You’ll work to uncover the downfall of Eden and defend yourself against its inhabitants. Every decision you make will impact the game, from interacting with various factions to managing the city’s power reserves.

In this futuristic setting, wars are a distant memory, and weapons as they exist today are nonexistent. You’ll utilize pacification devices, utilitarian gadgets, and your arm-mounted holopad to survive the harsh world around you. You can gain advantages over your enemies by upgrading many of your items and even enhancing your own body with Bio-Augmentations. But, remember – everything comes at a price.

The game also includes permadeath, dynamic weather, and day/night cycles that will impact the environment around you. Pamela is scheduled to be released this year on PC. You can learn more about the game by checking out the latest trailer below:

To stay up-to-date on the latest Pamela news, follow the developers on both Facebook and Twitter. You can also sign up for the game’s newsletter here. To learn more about the game or contribute your own Pamela information, visit the Official Wiki.