Come celebrate the launch of Overwatch with us by entering to compete in the second Alienware Monthly Melee tournament featuring a $3,000 prize pool! For your convenience, we have all of the details compiled below on how you can register your team, and more. Will we see you on the battlefield? 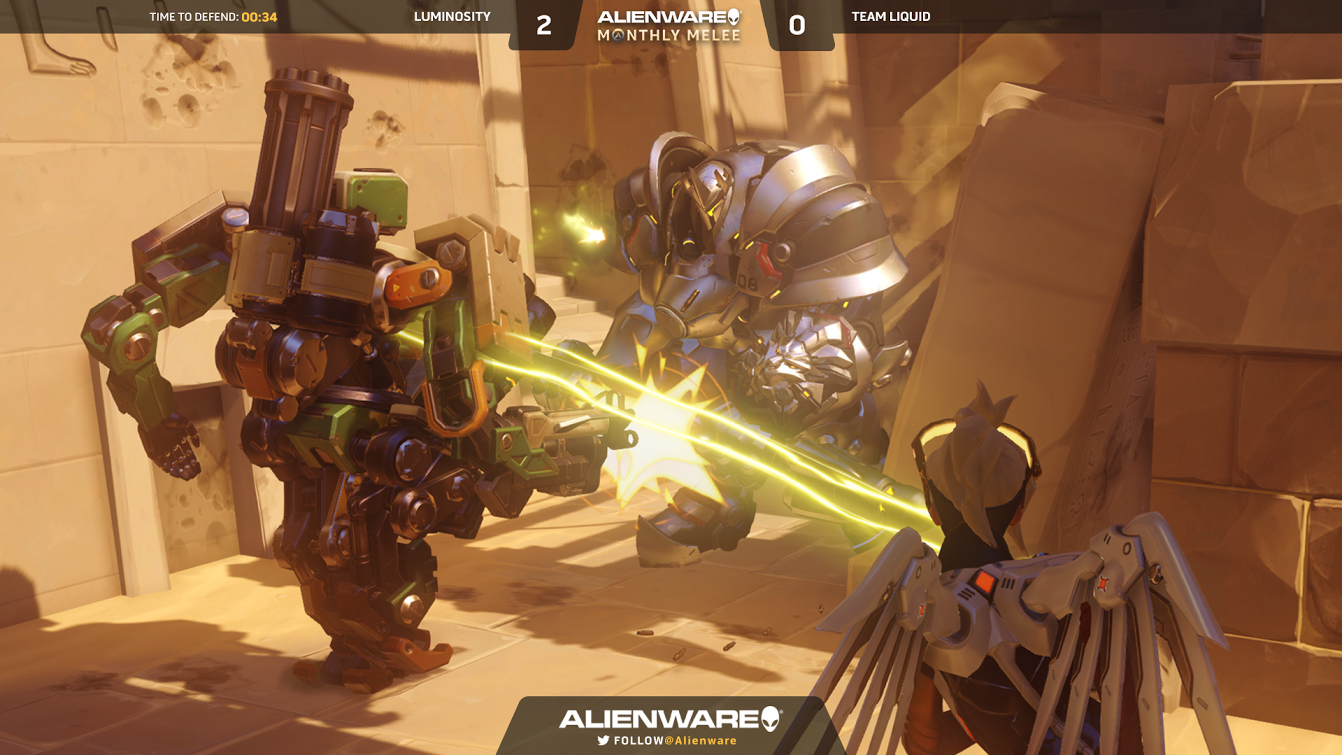 We're kicking off launch day in style with the biggest tournament ever for Overwatch, allowing up to 64 teams to participate in the competition! Here's some of the general information:

If you're not participating, come watch it live with the rest of us!

You can register for the tournament over here at GosuGamers.net starting at 2 PM PST today. When registering, you MUST add your battle tag so that teams have the ability to contact each other. The tags will show up for the opposing team on the Match page.

The Curse app will be used for contacting and communicating for the tournament. All teams MUST be reachable here at this link: https://www.curse.com/invite/gzE8gMMcrky0M0vezyOKMA!

The tournament will be using a medal scoring system that will be based on how quickly the map is completed. Teams will be awarded points dependent on the ranking received. Points are only scored on attack.

For Day 2 of the tournament, see the General Rules section.

Be sure to check out the excitement with the rest of us LIVE on the 24th and 25th over at TheLab.gg and Twitch! If you're looking for more information about Overwatch, or simply looking for a community that shares your interest in the game, head over to our Overwatch wiki and Overpwn.com, respectively!

And as always, Enjoy the game.

This is a sponsored article brought to you by Alienware.

Could You Have Answered These DreamHack Gaming and Tech Questions?

Head Through the Rift and Build Some Robots in Goliath