This is a sponsored post for Crossout, a free-to-play crafting and combat MMO from Targem Games and Gaijin Entertainment.

It's the year 2047, and the world as we know it has been decimated into a boundless wasteland by viral epidemics and war. You're a warrior starting a vicious career in a Mad Max-inspired post-apocalyptic society; survival of the fittest is the name of the game. Whoever builds the best toys will be able to destroy the competition and lay claim to treasures buried by time under old civilizations.

The game has now officially launched for PC, PS4, and Xbox One following a progression of Early Access and testing phases which began in 2015. According to the development team, players who have joined the fray in Crossout number in the several hundreds of thousands: a figure that will surely rise quickly since the game went free-to-play May 30th. 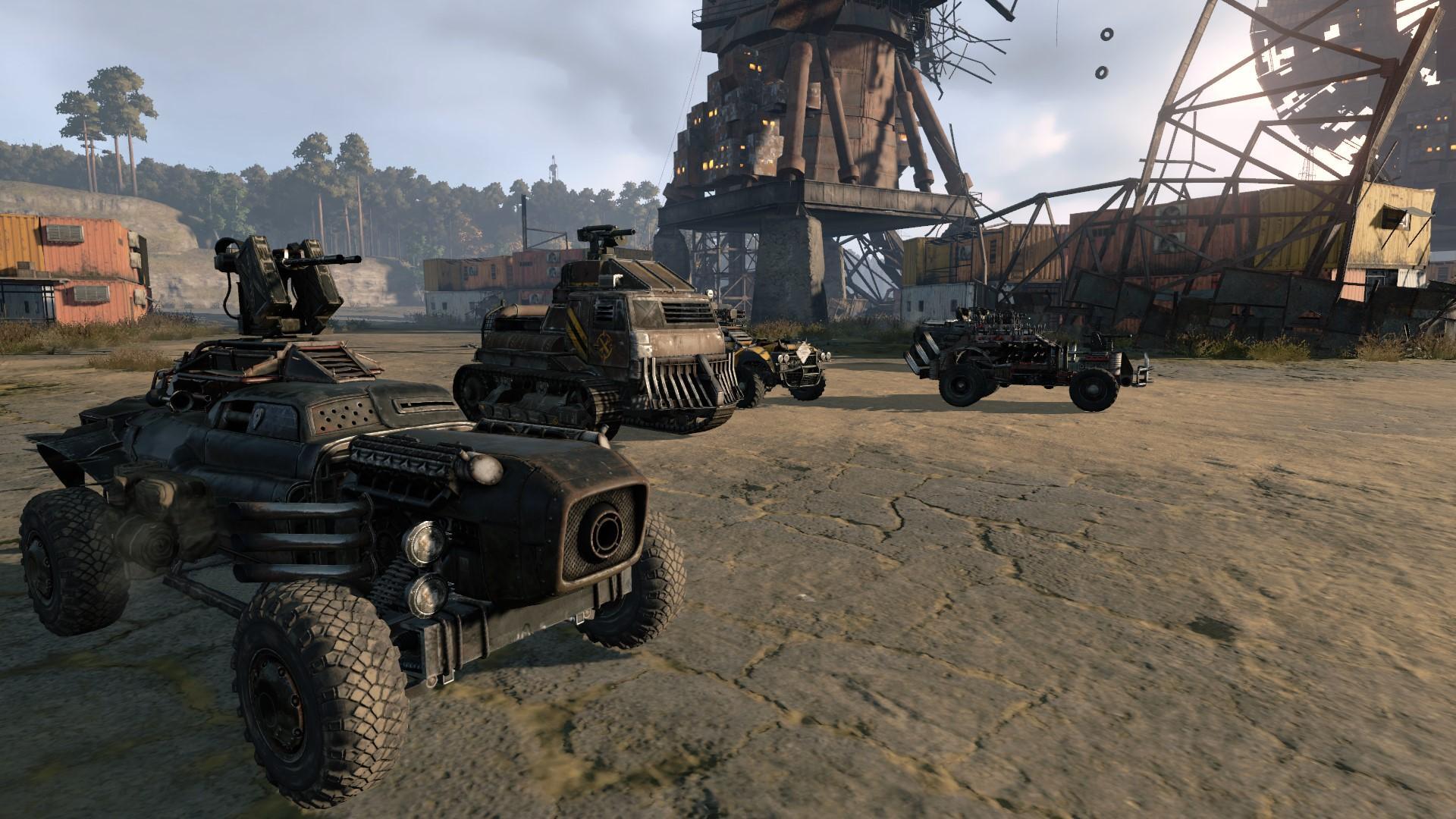 The heart of the game lies in the building system, which hands over a staggering amount of creative freedom to players. Use the spoils you loot during combat or craft your own parts from resources you collect, and construct your very own vehicle to ride into battle with. Have extra parts left over from your tinkering? Sell them to other players to fund the stuff you really want.

Your machine is crafted from dozens of interchangeable parts with complete control over shape, drive system, armor, mounted weapons, support systems, and an impressive number of cosmetic options. Build a nimble buggy, a near-indestructible tank, or a ridiculous monstrosity with questionable functionality. Arm yourself with weapons and other hardware like machine guns, sniper cannons, pulse lasers, chainsaws, and more. There are unlimited ways to build out your vision, but beware -- not every design is a winner. 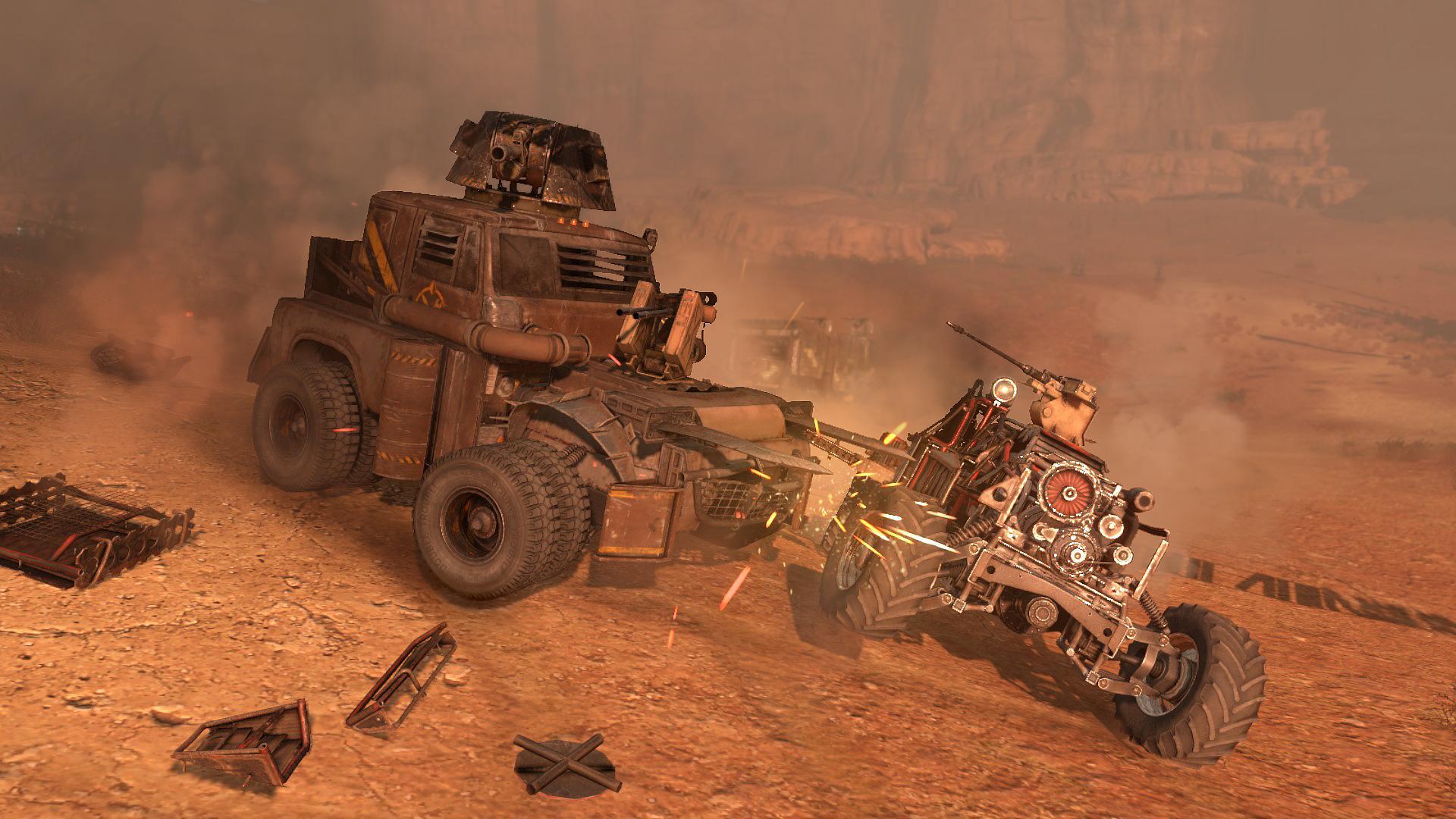 The damage model in Crossout considers each part of a vehicle individually, which makes every design choice count. As you fight for victory it's possible that wheels, armor, guns, and other pieces of players' machines will fly off as others damage them, resulting in a graveyard of destroyed vehicles and loose parts.

"In Crossout we use an advanced damage system, which allows players to destroy any part of an enemy’s vehicle. To kick an enemy out of the battle, you’ll need to destroy his vehicle’s cabin. But even this is not that necessary. Shoot out his wheels and weapons and leave him lying on the ground defenseless without any chance of changing the situation. That’s why while constructing a vehicle keep in mind that you can lose almost everything. So defend the most vital parts, duplicate mechanisms to stay alive longer."

It's rough, but the risk doesn't come without rich rewards: If you reign supreme on the battlefield using your creativity and strategy, you'll take home valuable resources, new parts, and other spoils.

Are you confident in your engineering and tactical skills? See if you can lay claim to victory and loot by grabbing the game for free for PS4, Xbox One, or PC.