The Official TerraTech Wiki has been shaped and improved greatly by Streak2 and MNSweet, two Gamepedia editors with a passion for the game. Their hard work and contributions have earned them the title of Gamepedia's January Editors of the Month. View their interviews below to learn more about them and why they absolutely love TerraTech!

Streak2: I live in Florida, nearby Kennedy Space Center.

MNSweet: South Florida, US. Born and raised though I sometimes joke that I'm a bad floridian because I don't own any sandals and will wear jean and work boots even in the middle of our hot summers.

Streak2: I don't have a job right now, but I am working on getting my AA at our local state college.

MNSweet: Currently I'm a freelance frontend web developer however a background is full stack Apache/PHP/MySQL/HTML and have a focus in Wordpress.

Streak2: Outside of the wiki and gaming, I like to spend my time making crafts with paracord. It's the same as macrame, but instead of using thin string, I use strong nylon cord in tons of different colors and patterns. There is so much you can do with the stuff, and there are always new designs to learn and try out. It keeps me busy.

MNSweet: Quick List: Billiards, Hiking, and recently (and unexpectedly) playing Pathfinder. I own a pool table in my home and while it's mostly used as a laundry folding table I get a few games in when I can. Hiking the way I want to doesn't really work as Florida is flat and with out "solid ground" wilderness. As for Pathfinder a buddy of mine always wanted to play a dungeons and dragons, after dragging my feet for a few months he finally got me to make a character and play in a session. I found I enjoyed the creativity and problem solving in the games we have played and my Game Master that runs the session is fairly easy going so we are able to improve a lot more.

Streak2: As long as I can remember for the most part. I started out with computer games by Humongous Entertainment, and then got a GBA and Pokemon Emerald. Played the heck out of all of those. I was later given a Nintendo Gamecube, and learned to love the Zelda series. Then I got a Wii, then learned about Steam, and then today.

MNSweet: I'm in my mid-20's, so my first real introduction to gaming was playing one of the original gameboy and my brother's NES. Later I got a N64 and well many of Nintendo's characters have died by my hand in Super Smash Bro's. From there I went to PS2 then Xbox360 later feel into desktop gaming. Over a year of playing Call of Duty 4 with friends in an organized group, then 3 years of Minecraft were I took over AKAMinecraft.com and got to work with Mojang directly on their Realms program. After all of that I started working with TerraTech.

What do you enjoy the most about TerraTech?

Streak2: There is one thing that TerraTech does well, and that is building techs. Tons of parts to use, so many things you can build. It's great. I also like Sumo mode, and more specifically beating all the competition in it.

I can't wait until multiplayer is implemented.

MNSweet: The built in store. Unlike Minecraft's style of gameplay, you can only use what you find a create, the TerraTech's built in economy meant that I can sell an otherwise unusable blocks into the store to get the items/blocks I really need. Also the game, while is a sandbox, gives the player more of a purpose in playing which I enjoy a little hand holding in games I play.

How were you first introduced to the Official TerraTech Wiki? What prompted you to start wiki editing?

Streak2: I used to play Minecraft a lot, and I ended up subscribing to Xisumavoid. Not too long ago, he started a short series on TerraTech, and I liked it enough to try out the demo. I bought the game soon after that. I don't have a story for editing in general, but for TerraTech, I went to the wiki to learn more about the game. After looking around, I realized that the information was pretty outdated, and pretty lacking on top of that. After a while, I decided to help out and get the wiki in a better shape. There is still a ton of work to do, but it is in a lot better shape than it used to be.

MNSweet: I was looking for information on the game to make infosheets for the community. I quickly found out that the wiki was many versions out of date. I stepped in and updated where I could. As it stands now the wiki has made a major turn around however the statical data I wish to add that will have the most impact the game dev's won't give it to us. A few of the community members have stepped in to do tests to guess at the statistics.

Streak2: My reasons for editing are simple: I like to be informed, and I like others to be informed. By editing the wiki, I can help others get that information, and learn about the game along the way.

MNSweet: I'd love to say it's for all the praise and infinite wealth it gives but I actually very little people notice and I'm not getting paid for any of it. Some positives has arrived by it, I've learned a great deal of MediaWiki and learnt to write templates and administrate the Hydra/MediaWiki system.

Streak2: My favorite techs are the ones I put the most work into. Most of the time, they are the techs I submit to the Sumo League for battle. There is one other one that comes to mind, though, and that is this: 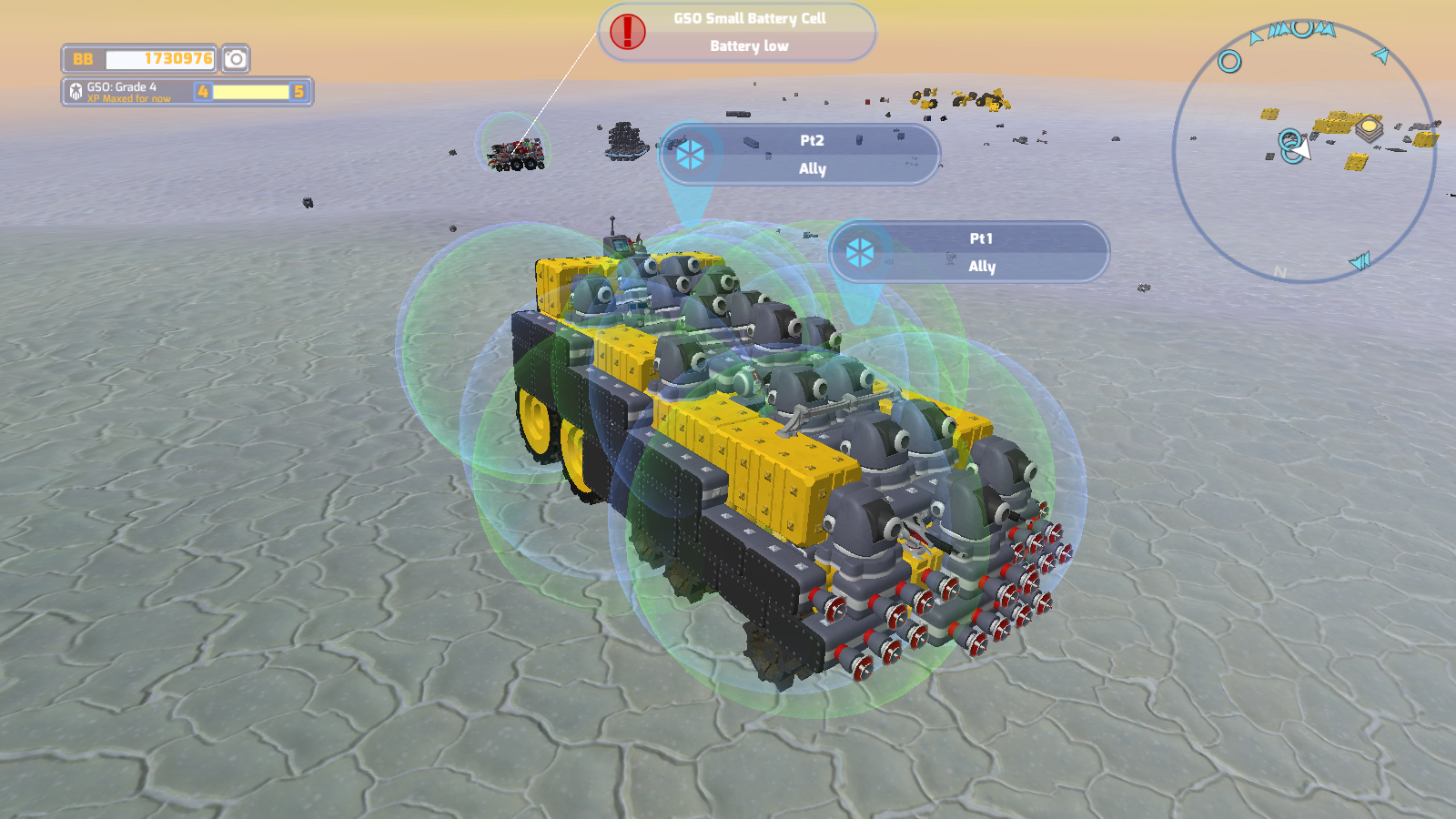 A big mortar tech. Well... it's technically 3 techs, but they move around as one system. There is the base tech with wheels and cannons, and then two other techs inside it with more cannons. The latter two are angled, so I have 3 different distances I can fire to. It didn't last very long due to buggyness, but it was great while it was intact.

MNSweet: I had fun making a while back an arena to play a rocket league style game. I was lonely testing it as there is no multiplayer but never the less it was interesting. 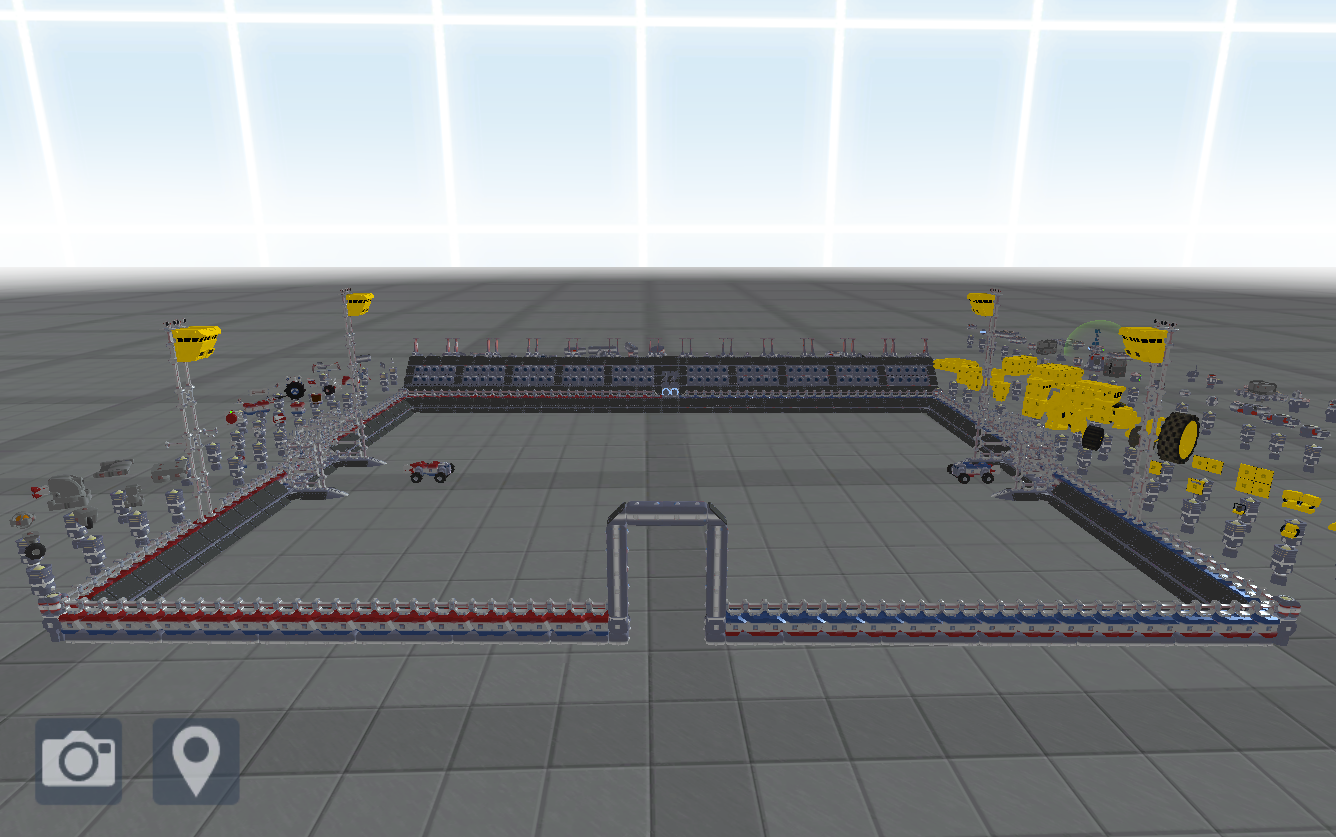 Do you have any last words for your fellow wiki editors?

Streak2: I'm honored to have the title, and I am glad that MN got the title too. He is as big of a part of the wiki as I am, if not more. He does all the things that I don't, so his help is really valuable. Let's continue to make the wiki a better place for all your TerraTech needs!

MNSweet: "Impart your knowledge freely, expect nothing in return. Your praise will be in the silence in lieu of complaints." As far as I know that is an original quote from me be I'm sure it's been said before.